January 1 is just around the corner — a new year, a clean slate. Time to start making your New Year's resolutions. But this time, let's set goals that you can actually stick to.

Here are 5 New Year's resolutions that no one makes, but probably should. To a happier, healthier you this year!

Losing weight or joining a gym — some rendition of those resolutions are incredibly common New Year's Resolutions. Just walk past any gym after January 1st, and glance at the amount of people inside. Then go back around MLK day and see how many of those people are still going consistently. 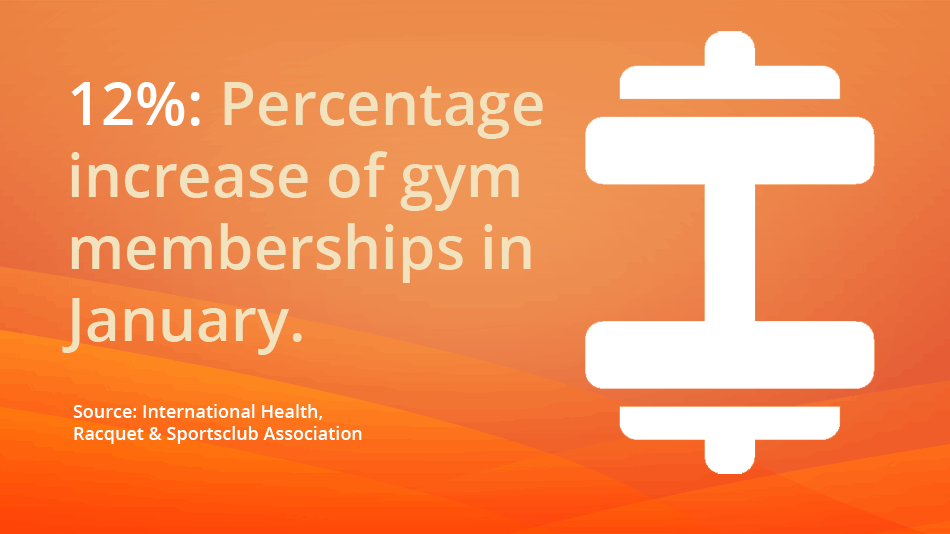 People are gung ho at the beginning of the year and make broad, sweeping fitness resolutions.

But finding a workout buddy is a direct, reasonable way to keep you accountable. Plus, working out with a friend can be more enjoyable than working out alone.

Even if you can't find a buddy who is on a similar schedule or goes to the same gym, you can still benefit from a workout buddy. You and your buddy can keep tabs on each other via phone, text, or email.

Our bodies are 60% water. Your body needs water to:

This new year, vow to drink more more water and fewer sugary drinks. Calories from juices, soda, and energy drinks can add up — to weight gain. And the sugar in some of those drinks has been linked to 25,000 deaths each year in the United States alone, according to the American Heart Association. 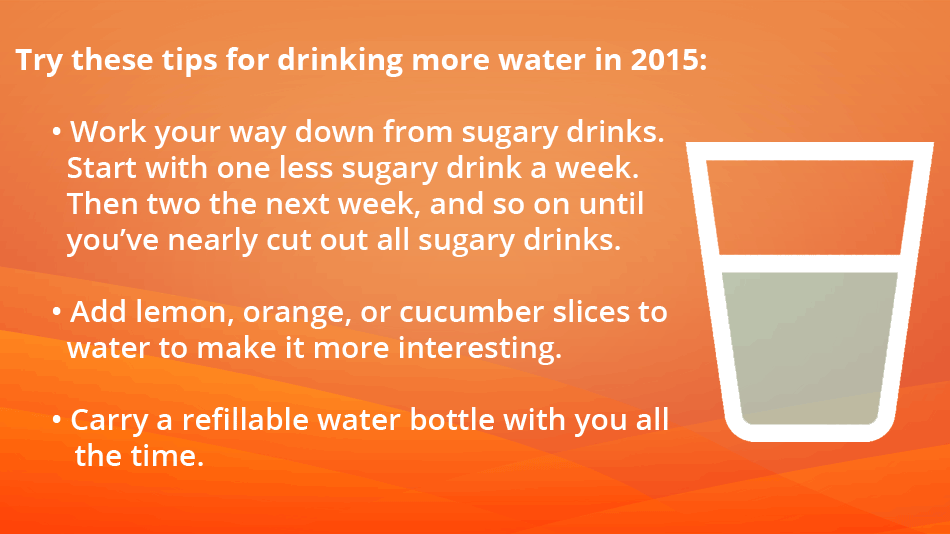 Americans don't get enough sleep. The US Centers for Disease Control and Prevention (CDC) considers sleep deprivation a public health epidemic. Not getting enough sleep can lead to:

Promise yourself that you'll get more sleep in the new year. 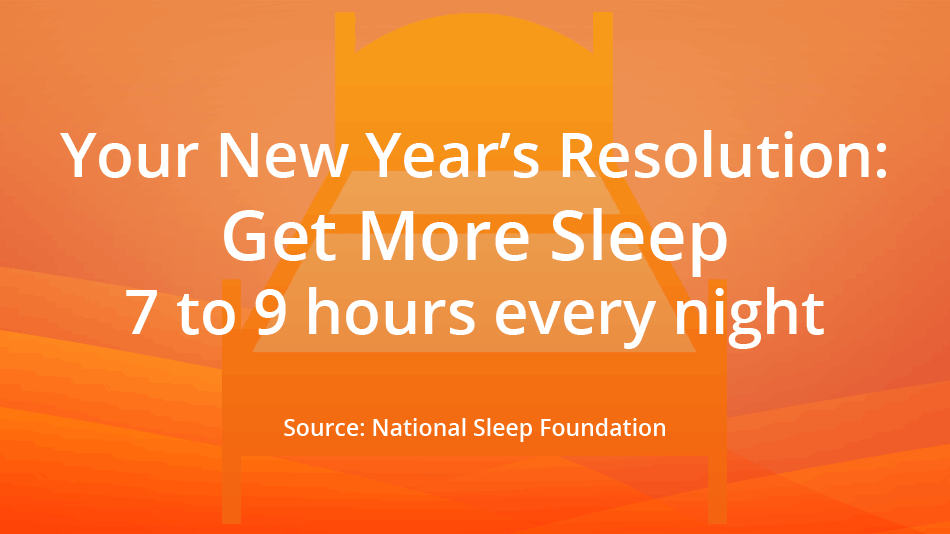 Here are some tips on healthy sleep habits from the National Sleep Foundation:

Which leads to resolution number four...

4) Spend less time in front of a screen

TV, smart phones, tablets, computers — these devices have taken over our lives and our time.

Another study published in Journal of the American Medical Association Pediatrics in March 2010, found that the more time teenagers spent in front of a screen, the weaker their connection with parents. This puts teens at greater risk for poor mental health and risky behavior.

So if you want to be happier, healthier, and more satisfied in the new year, cut down on screen time. Instead, focus more on the next point.

Human connection is key to a healthy life. Loving relationships take us out of fight or flight mode, and give us the safety and room to learn, grow, and love others, according to the PBS documentary This Emotional Life.

Social media has taken over some of our interactions with people. And the negative implications are evidence that interacting on social media isn't a good replacement for the real thing.

So next time you reach for the phone, call someone and have a meaningful conversation. In fact ask them how you can help with them reach their own goals this year.

What is the Best Diet for You?

Get Rid of the Extra, Get an Exercise Physiologist for Weight Loss

Listening to What Your Body Is Really Saying