History of the Hospitals of Idaho Falls

Eastern Idaho Regional Medical Center’s history reflects the growth and development of the city of Idaho Falls and the changing health care needs of our county. According to Harold Forbush (1987), stockholders who later transferred ownership and debts to the Village Improvement Society established the first hospital in Idaho Falls in the upstairs of a leased building in 1906. In 1910, the Village Improvement Society leased their hospital to physicians who supplied the needed equipment for running the hospital. In 1915, two doctors constructed a new 25-bed general hospital in Idaho Falls. The following year, two more privately owned hospitals were in business providing health care for the city. In 1919, a school of nursing opened at one of these facilities, the Spencer Hospital. The Church of Jesus Christ of Latter-day Saints was also building hospitals for their followers at this time. Their third hospital was located in Idaho Falls next to the Idaho Falls LDS Temple and it included its own school of nursing.

The Idaho Falls LDS Hospital opened in October 1923. The nursing students lived on the third floor of the hospital and patients occupied the first and fourth floors. In 1924, the second floor of the hospital opened for patients. In 1941, Idaho Falls Catholics purchased the enlarged Spencer Hospital. A year later, the Idaho Falls LDS Hospital constructed a separate nurse’s home attached by tunnel to the LDS hospital and converted the third floor into patient rooms. In 1949, the Franciscan Order built Sacred Heart Hospital across the street from Tautphaus Park. By the late 1960s, the Idaho Falls LDS hospital had grown to 172 acute care beds and Sacred Heart Hospital had expanded to 120 beds. These two hospitals were serving the growing demand for health care in our community.

In the 1970s, slow economic growth with persistent inflation and increasing federal regulations associated with Medicare made it difficult for religious organizations to provide the financial expertise and support needed to run a hospital (Starr, 1982). In February of 1974, the Franciscan Sisters headquartered in La Crosse, Wisconsin, turned over the debt and ownership of Sacred Heart Hospital to a local community hospital board of trustees. The hospital was renamed Community Hospital of Idaho Falls. In 1975, the LDS church created an independent non-profit corporation named Intermountain Health Care (IHC) to control their 15 hospitals and the Idaho Falls LDS hospital changed its name to Idaho Falls Hospital. To control costs of duplicate management and services the two hospitals merged in 1978 to form the Idaho Falls Consolidated Hospitals (IFCH) with Parkview (formerly Sacred Heart) and Riverview (formerly LDS) campuses managed under contract with IHC. IFCH became the largest hospital system in Idaho.

Bonneville county residents were concerned about the loss of heritage with the newly combined hospitals and they voted in 1983 to establish a competing county-owned hospital. The IFCH merger dissolved the following year and the board of the Community Hospital of Idaho Falls asked Hospital Corporation of America (HCA) to manage the Parkview facility and eventually replace it with a new healthcare facility. Local physicians wanted a single regional medical center and eventually IHC and the Community Hospital boards signed an agreement to build a joint venture hospital managed by HCA. Ground was broken in April 1985 for the HCA Eastern Idaho Regional Medical Center on property newly annexed into the City of Idaho Falls. In June 1985, voters in Bonneville County rejected a $15 million dollar county hospital bond proposal and the county hospital board disbanded after a November 1985 ballot.

EIRMC opened its doors to patients December 22, 1986. The 1074 employees of Parkview and Riverview Hospitals were terminated at midnight on December 21, 1986 and hired by EIRMC one minute later. The members of the medical staff no longer had to cross town to see their patients at two different facilities. In 1987, Parkview hospital was demolished and the land it sat on developed. Assets of nearly $10 million dollars from the sale of Community Hospital of Idaho Falls to HCA were used to establish the CHC foundation. The CHC board invested the money into a diverse portfolio and donates at least 5% of the value of its holdings annually to non-profits in ten county areas that supported the former Community Hospital. This well loved foundation owes its legacy to the construction of EIRMC. After a property exchange between IHC and the LDS church, the closed Riverview Hospital was demolished as well. 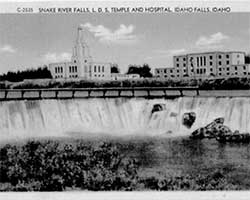 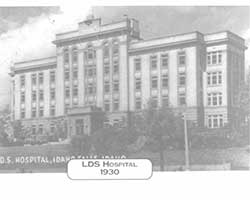 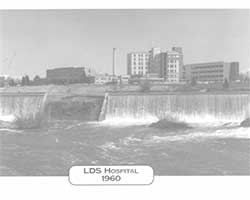 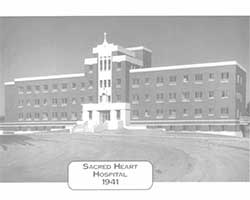 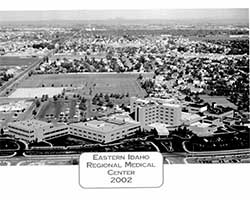