Get The 411 On Thyroid Cancer Numbers

When you think of the different types of cancer, chances are you list the usual culprits: breast cancer, colon cancer, lung cancer, etc. But what about thyroid cancer? In reality, thyroid cancer is becoming increasingly more common. In terms of the number of new diagnoses per year, it's in the top 10.

Here are the numbers behind thyroid cancer and what you should know about them.

1. Thyroid Cancer Diagnoses Are On The Rise

In 2014, thyroid cancer made up 3.8% of all new cancer cases, but only 0.3% of all cancer deaths, the National Cancer Institute (NCI) reports.

Thyroid cancer is the fastest growing cancer in the US in terms of new diagnoses, the American Cancer Society (ACS) says. This is largely due to increased use of ultrasound technology capable of detecting small thyroid nodules that would have previously gone unnoticed.

But compared to the rest of the top 10, thyroid cancer had the lowest number of deaths by far: 1,890. The second lowest death rate”for endometrial cancer”was more than four times higher than thyroid cancer.

2. But Survival Rates For Thyroid Cancer Are Increasing, Too

In comparison, the five-year survival rate for all types of cancer is 66.1%, according to the NCI.

The five-year survival rate for thyroid cancer patients depends in part on which stage the cancer has reached. 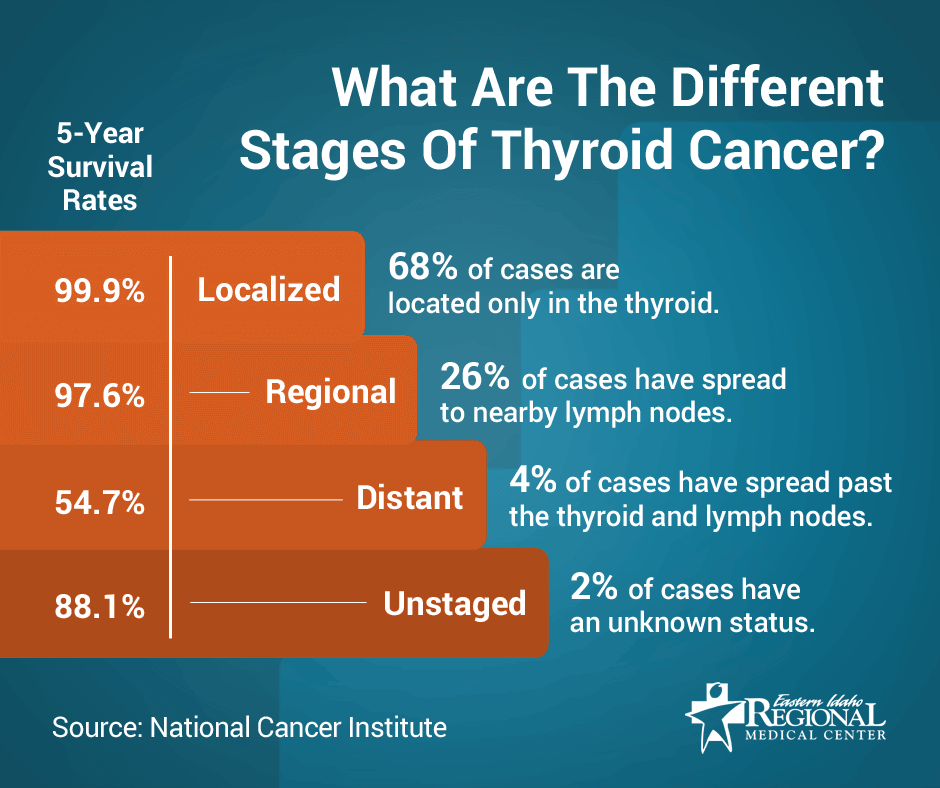 3. Thyroid Cancer Is Generally Diagnosed At A Younger Age

Two-thirds of thyroid cancer patients are diagnosed before the age of 55, the ACS says. In fact, the median age at diagnosis is 50 years old, according to the NCI.

For all types of cancer combined, the median age is 66 years old. Women are three times more likely to get thyroid cancer than men, the American Cancer Society reports.

The treatment course for thyroid cancer depends on the type and stage of cancer, says the ACS. Sometimes, a combination of treatments may be used. 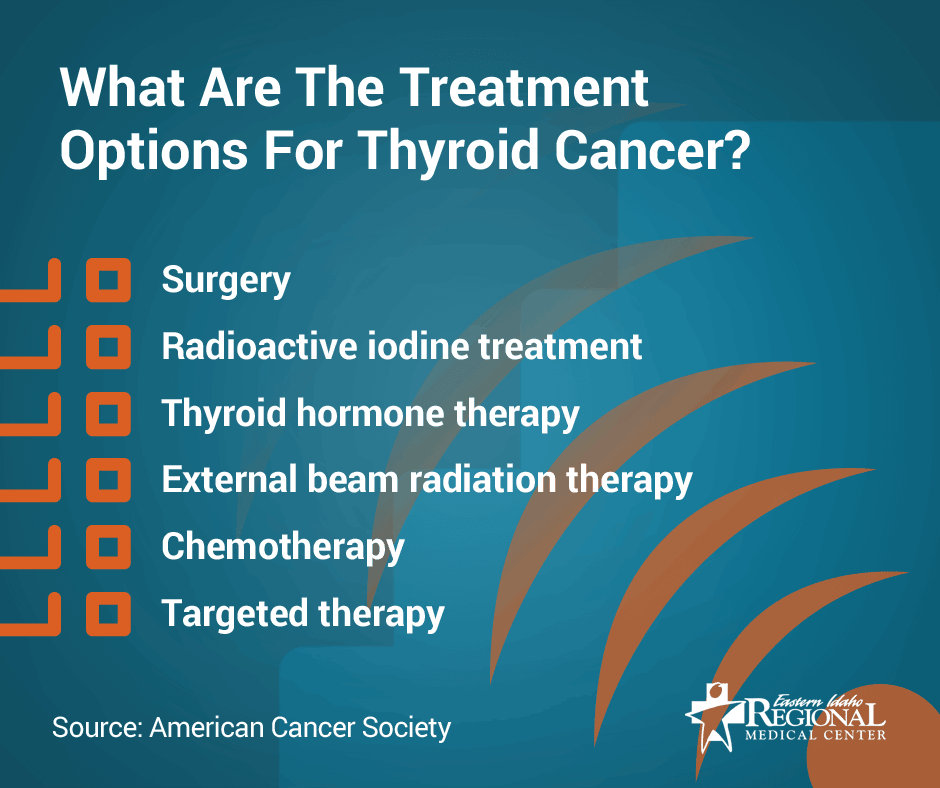 Surgery is usually the main form of treatment for most types of thyroid cancer, the ACS says.

During this treatment, a person ingests radioactive iodine”usually as a liquid or capsule”which concentrates in the thyroid cells. The radiation then destroys the thyroid gland and cancerous cells. This process has very little effect on the rest of the body.

As its name implies, this form of treatment sends a beam of high-energy radiation rays that can either destroy or slow cancer cell growth.

This newer treatment option involves taking specialized drugs that home in on the changes that cause cells to become cancerous.

Find a physician at Eastern Idaho Regional Medical Center who can help you determine the best course of treatment for your thyroid cancer.

What The Future Of Health Looks Like With DIY ...

May 6, 2015
So, you thought your smartphone could do everything? As it turns out, the word "everything" gets redefined every day in the 21st century.
Previous Post

4 Ways To Get Older Siblings Excited and Involved...

April 14, 2015
Bringing a new baby into the family is a big change for everyone, especially older siblings. And changes”even positive ones”can be...
Next Post
Back to blog home