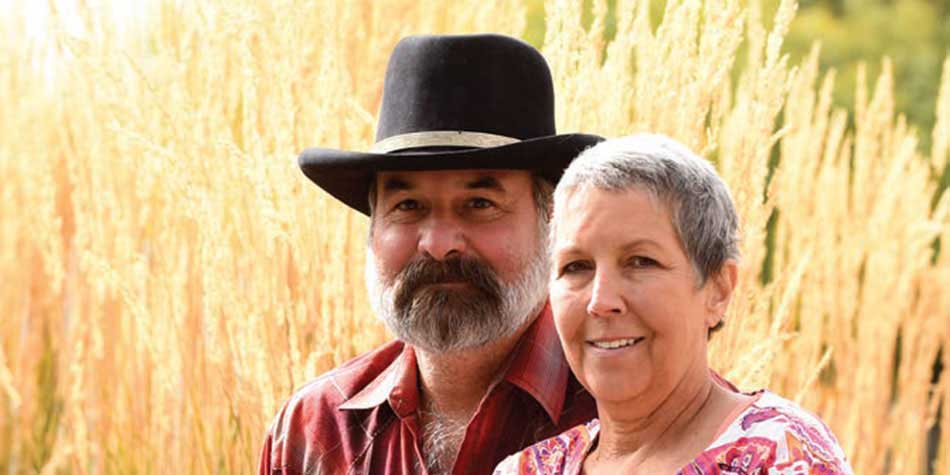 Excerpt from an article by Bill Schaefer, Post Register

Blame it on the myriad of daily distractions that slip past unnoticed. When you’re caught in the fast lane of life, some things just pass by.

Belinda Hale didn’t give a second thought to the notices in the mail sent by Eastern Idaho Regional Medical Center in 2017. She had been diligent about getting her annual mammogram on her birthday for the past eight years. After previous tests, she often received notices that expressed concerns based on fibroids in her breasts, which are not uncommon or an indication of cancer.

“I just didn’t think about it because I’ve had them before,” she said of the notices.

From a certified letter to a cancer diagnosis

Belinda and her husband, Kent, carried on with the mundane day-to-day chores, feeding their menagerie of horses, mules and dogs on their 20-acre ranch in Tetonia.

The couple has been married for 28 years and were just enjoying a typical eastern Idaho summer at their place. Until the day she had to sign for a certified letter. That caught her attention.

The letter informed her that her last mammogram had shown an anomaly that required a second, more in-depth, diagnostic mammogram.

“I contacted my doctor, sent him a picture and a text, and he said get in there now,” Belinda said. Because it had been over six months since the original mammogram, she had to have another one followed by a diagnostic mammogram.

When Belinda came in for the second set of mammograms, Emily Allred, the oncology nurse navigator at EIRMC, met with her that day. Following the diagnostic mammogram, where they could see a dark spot, Belinda and Emily set about making an appointment for a biopsy.

The radiologist called afterwards to tell Belinda that the biopsy tested positive for cancer. With Emily’s help, she made an appointment with Dr. Michael Lemon, a general surgeon at EIRMC. He soon informed Belinda and her husband that she had stage 2, triple negative breast cancer – one of the fastest growing breast cancers.

Next up in the cancer navigation journey was a visit to Dr. Nathan Adams. The medical oncologist at the Idaho Cancer Center at EIRMC then determined the stage of the cancer and length of treatment.

“On December 8, I went into the hospital and did an MRI and a CAT scan; they put in the radiation and did a gamma X-ray,” Belinda said. “Emily helped me to schedule all of those tests; every one of them was negative, which meant that the cancer had not metastasized.”

The surgeon removed four lymph nodes, which were also negative, and then Belinda began the first of two separate rounds of chemotherapy. New studies indicate that post-surgery chemotherapy is beneficial for treating triple negative breast cancer. The first treatment was once a week for 12 weeks, and the second was every other week for 8 weeks. Emily provided education and support throughout this process.

“I knew it was going to be okay; I had a good team,” said Belinda. “I had Dr. Lemon as my surgeon, Dr. Adams as my oncologist, and Dr. Horrocks as my general practitioner. They had my best interests and were looking after me.”

After Belinda completed chemotherapy, she had to rest and build up her strength for a bi-lateral double mastectomy. It was performed on June 12, 2018, at EIRMC.

Today, she’s back at work part-time and doing physical therapy to improve her range of motion that was slightly impaired due to the surgery. Because of the aggressive nature of triple negative breast cancer, they want to keep it in check, so Belinda is now diligent about seeing her doctor regularly.

“We are confident that I will beat this cancer,” said Belinda. “Thanks to the doctors, their staffs, the exceptional care at EIRMC – and especially Emily. She’s the best!”

How to familiarize yourself with your breasts through a self-exam

Colon cancer screening; get one at age 45!

The latest on skin cancer