Sleeping During Pregnancy: Why There's No Such Thing As Too Much Sleep

If you're pregnant, you've probably had family and friends encourage you to eat up. After all, you're eating for 2 people instead of just 1.

But how many loved ones have told you to sleep up? If you think about it, the same logic applies—you're sleeping for 2 as well.

Why You're So Tired During Pregnancy

Your metabolism and hormone levels are constantly changing during pregnancy. That can cause you to feel fatigued and have pregnancy-related sleep problems, says the National Sleep Foundation.

One such culprit is progesterone—a hormone whose rising levels can partially explain why you may feel tired during the day, particularly during the first trimester.

Silly as this may sound, you can also feel tired and simultaneously have a hard time getting enough rest if you and your baby are not on the same schedule, says the United States Office on Women's Health. He may want to do somersaults in-utero while you're trying to get some shut-eye. 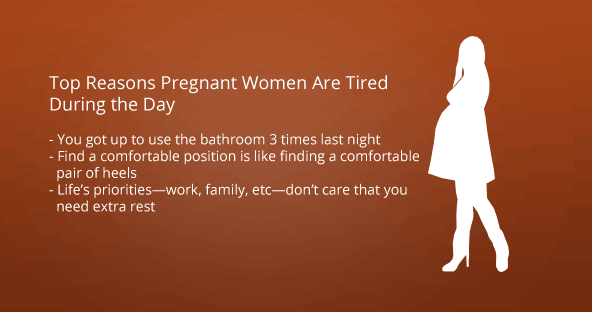 Why You Need Your Sleep When You're Pregnant

No one likes feeling tired. But getting a good amount of sleep is especially important when you're pregnant because it can affect your labor and delivery.

Women who got an average of less than 6 hours of sleep each night were in labor longer than women who slept more, says the National Sleep Foundation. These women were also 4.5 times more likely to deliver via C-section.

Don't feel guilty about taking a long nap during the day or sleeping longer at night. And don't judge yourself as lazy. Your body is working hard to make a human being. That's why the Foundation recommends that pregnant women get enough sleep. Enough basically means “as much sleep as possible.”

Why You May Not Be Able to Sleep While Pregnant

Just like the change in hormones can cause you to want to sleep more, they can also disturb your sleep patterns. Changes in hormones can affect your muscles and cause snoring if you're obese, the National Sleep Foundation explains. This puts you at risk for developing sleep apnea while you're pregnant—shallow breathing or pauses in your breathing while you sleep. 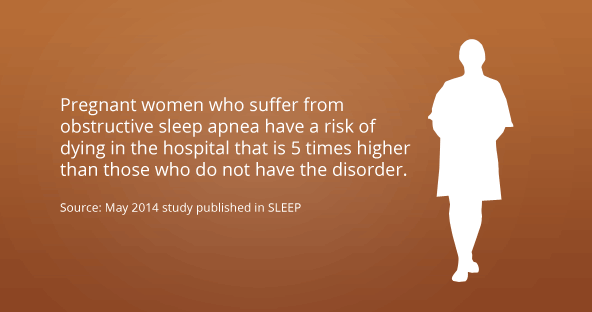 Source: May 2014 study published in SLEEP

Internal changes in hormones during pregnancy are coupled with external changes in your body. Your sleep can be disrupted by the discomfort of being unable to sleep on your stomach. Or nausea caused by morning sickness may make getting adequate amounts of sleep difficult.

Lots of pregnant women say that they experience insomnia during pregnancy because they feel anxious about motherhood—especially first-time moms, the Foundation says.

Even though it is commonly considered a normal effect of pregnancy, nighttime GERD—gastroesophogeal reflux disease, more commonly known as heartburn—can do more than just disrupt your sleep. GERD symptoms can damage your esophagus as well, according to the Foundation.

Tips for getting rest when you're pregnant:

Source: US Office on Women's Health

Learn more about receiving maternity care at EIRMC—that is, after your nap.

Folic acid deficiency symptoms: Should you talk with your doctor?

The debate over breastfeeding vs. formula feeding

Down Syndrome Testing Available at EIRMC

Gestational Diabetes: Your Risk and Prevention