Hypothyroidism And Hyperthyroidism: Understanding The Highs And Lows Of Thyroid Disease

Pop quiz: What do unexplained weight loss, fatigue, and sensitivity to temperature changes all have in common?

The answer: These seemingly unrelated symptoms are all potential signs of a thyroid problem.

More than 12% of people in the US will struggle with a thyroid condition at some point in their lives, says the American Thyroid Association (ATA).

Yet, more than half of the 20 million people who currently have some form of thyroid disease are not aware of the cause of their symptoms.

Here's what you should know about two common thyroid diseases: hypothyroidism and hyperthyroidism.

Who Are Key Players In The Endocrine System?

The thyroid gland”located at the front of your neck by the base of your throat”is a key player in the endocrine system, the Hormone Health Network explains. The thyroid gland releases hormones responsible for controlling your body's metabolism and energy levels.

The thyroid gland's hormone production is controlled by the pituitary gland, located at the base of your brain. 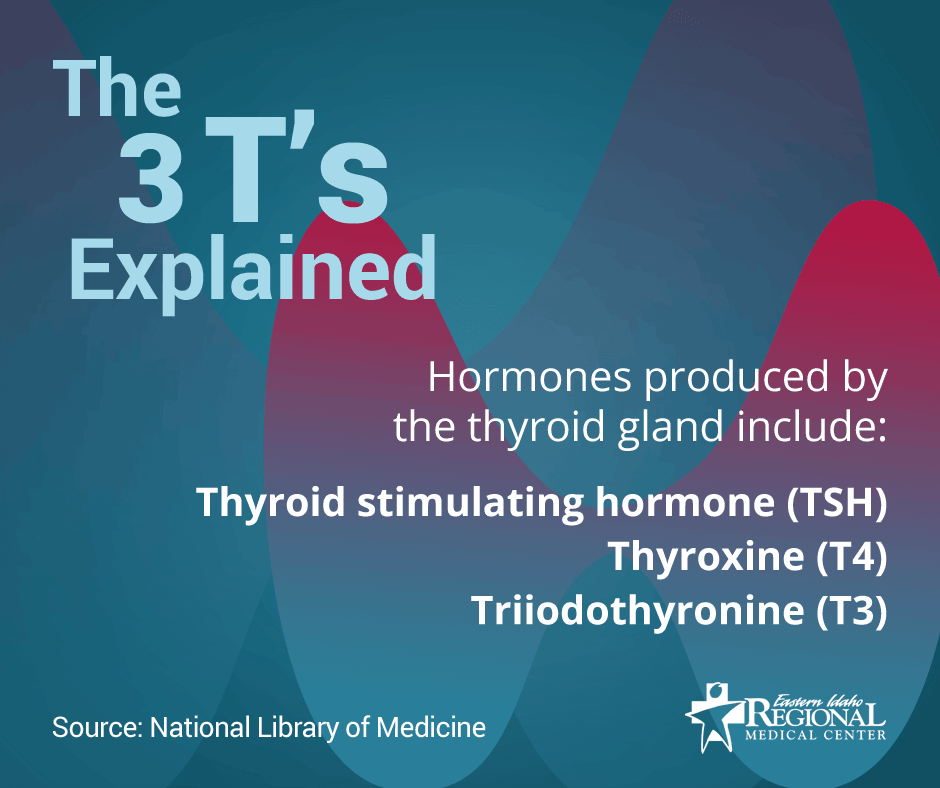 The relationship between the thyroid gland and pituitary gland is similar to that between a heater and a thermostat, the ATA says.

The pituitary gland sends TSH into the bloodstream based on the amount of T4 it senses. So, if it doesn't detect a lot of T4, it sends out more TSH to let the thyroid gland know it needs to make more T4.

Then, when the pituitary gland senses that there is enough T4 in the bloodstream, it stops producing TSH. T4 is then converted to T3, so the body can use it.

As its name implies, hyperthyroidism occurs when a person's thyroid gland produces too much of a certain hormone”in this case, T4. This condition is sometimes also called overactive thyroid, the National Library of Medicine (NLM) explains.

Symptoms of hyperthyroidism include:

The most common cause of hypothyroidism is an illness of the immune system called Graves disease, the NLM explains. But other possible causes exist as well, from tumors and viral infections to simply eating too many foods that contain iodine.

Hypothyroidism is the opposite of hyperthyroidism, which is why it is also called underactive thyroid, says the NLM. A person with hypothyroidism does not have enough T4 in her bloodstream.

According to the NLM, a person's immune system attacking itself”called an autoimmune disease”is a common cause of hypothyroidism. A viral or respiratory infection”such as the common cold”can also lead to hypothyroidism.

What Do All Those Numbers Mean? Diagnosing Hyperthyroidism and Hypothyroidism

The first step in diagnosing a thyroid disease is usually a blood test. TSH, T3, and T4 levels may all be tested, the American Thyroid Association says. 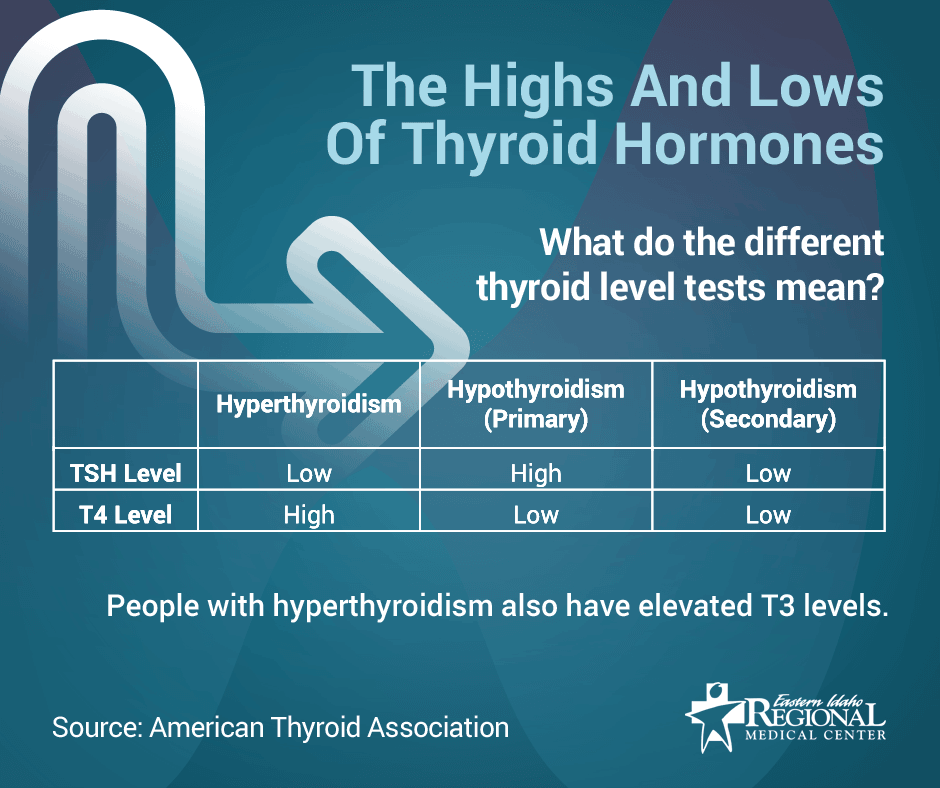 What Are Normal Thyroid Hormone Levels?

Normal ranges for thyroid hormone levels vary, according to the NLM. Here are the ranges for each hormone:

While different labs may use slightly different measurements for thyroid tests, there are general ranges for each of the main thyroid hormones, says the NLM.

Find a physician at EIRMC who can help you interpret your blood test results and manage your thyroid disease.

How to Sleep During Pregnancy: 7 Tips for Getting the Rest You Need

3 Reasons To Have a Birth Plan

5 Reasons Why A Heart Arrhythmia Can Be So Dangerous

Are You Tough Enough to Wear Pink?