Early-Stage Breast Cancer: Why It's Not a Death Sentence

Believe it or not, a diagnosis of early-stage breast cancer is usually not a death sentence.

Here's what you should know about early-stage breast cancer—what it is as well as how it's caught and treated.

You may already know that the different stages of cancer are assigned numerical values between zero and four. For breast cancer, this number is assigned based on two factors: the size of the tumor and whether it has spread to other organs in the body, explains the National Breast Cancer Foundation.

Breast cancer is considered early-stage through Stage 3A, according to the United States Office on Women's Health (OWH). 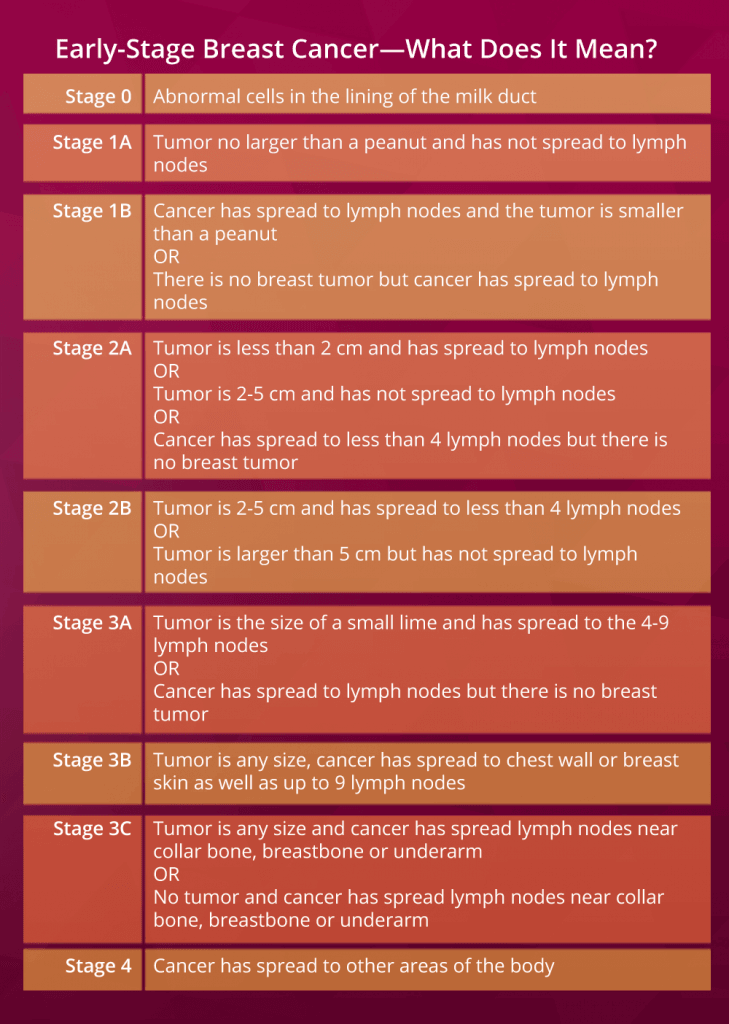 Breast cancers that are caught and treated in the early stages are usually smaller and have not spread to other parts of the body.

The five-year relative survival rate for patients who receive treatment for breast cancer in Stages 0 or 1 is 100%, says the American Cancer Society. This means that people with Stage 0 or 1 cancer have the same chance of living 5 years post-treatment as people who did not have cancer. 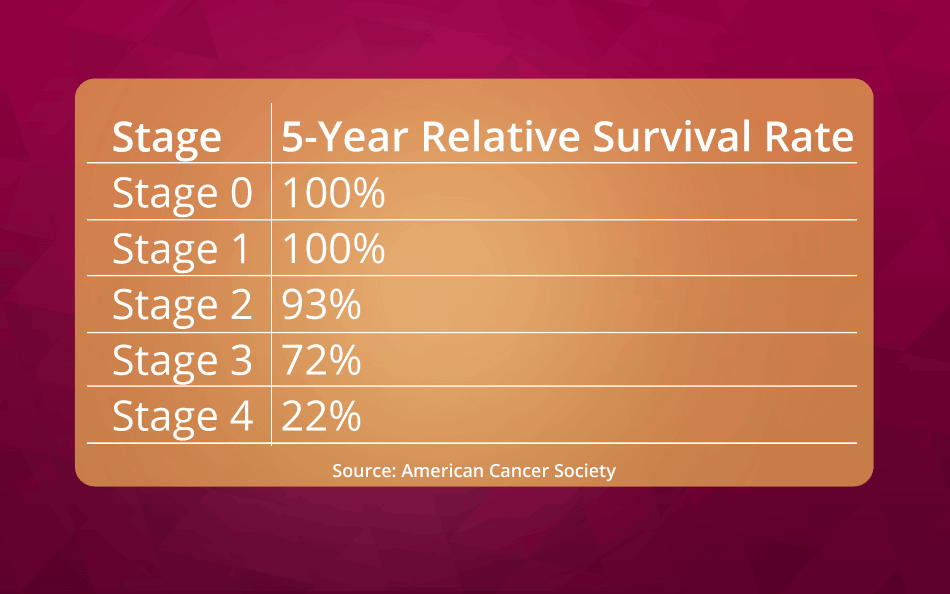 How Early-Stage Breast Cancer is Treated

There are two main surgical treatment options for women with early stage breast cancer, according to the OWH:

This form of surgery involves removing the tumor and some of the surrounding healthy tissue. It may also involve removing lymph nodes from under your arm.

As its name suggests, this surgery doesn't drastically alter your breast's appearance. You may need radiation therapy afterwards as well, the OWH says.

A mastectomy involves removing the entire breast and possibly some of the underarm lymph nodes as well.

No matter which procedure is used, after the surgery you may need additional treatment — such as radiation — sometimes called adjuvant therapy, in order to make sure all of the cancer cells are killed.

It may not be the most pleasant experience, but it can often detect a lump in your breast well before it is big enough to be felt, explains the National Breast Cancer Foundation (NBCF).

This non-invasive procedure can also show you and your doctor if you have small clusters of calcium in your breasts. These clusters are sometimes caused by cancer, so a mammogram is helpful in letting you know if you need to keep an eye on them.

Ideally you should conduct a monthly breast self-exam, the NBCF says.

You may want to do the self-exam in the shower, in front of a mirror or while lying down. Talk to your doctor to make sure you know how to properly do a self-check as well as what to look out for.

The “Ins and Outs” of Mammography: Straight from the Imaging Center Experts

Are You Tough Enough to Wear Pink?