ADHD In Girls: 3 Things You Should Know

The issue with these stereotypes is that they overlook girls who might have attention deficit hyperactivity disorder (ADHD). People tend to be so quick to associate the condition with only the hyperactive component, and not the other symptoms, that they assume it doesn't affect girls.

But, according to the United States Centers for Disease Control, there are many sides to the ADHD diagnosis, including inattention and impulsive behavior.

If you have a daughter, here's a quick pop quiz for you. Don't worry - it only has two questions.

If you found yourself nodding in agreement to the majority of the points in the first question, and answered the second question with a definitive “yes,” it may be worth having your daughter undergo a professional evaluation for ADHD.

That's because these are the basic diagnostic criteria for ADHD according to the Diagnostic and Statistical Manual of Mental Disorders (DSM-5), as set out by the American Psychiatric Association. 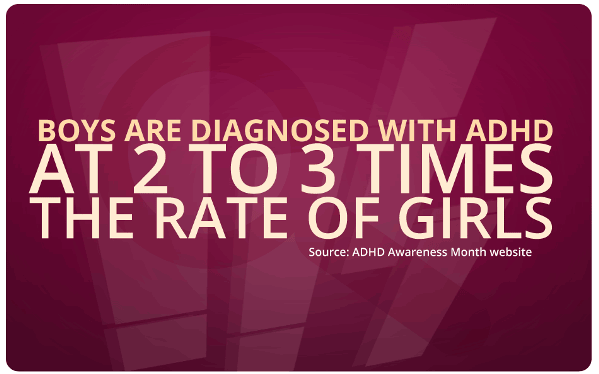 The difference in diagnosis rate is not just because of a cultural assumption that only boys can have ADHD. It's also because most of the ADHD research thus far has focused on boys, explains the American Academy of Pediatrics.

But when it comes to ADHD diagnosis and treatment, gender matters. People often don't know what symptoms to look for in girls.

For instance, girls who are diagnosed with ADHD are more likely to internalize their symptoms, which often include anxiety and depression, according to a February 2014 article in Attention Deficit and Hyperactivity Disorders.

So, while boys with ADHD may seem to be constantly bouncing off the walls with excess energy, girls with ADHD may come across as withdrawn and reserved.

Untreated ADHD Can Be Harmful to Women

Girls can carry their problems into adulthood if their ADHD remains undiagnosed and untreated.

Girls who are diagnosed with ADHD as children may also have higher rates of self injury and suicide attempts compared to their non-ADHD peers later on in their teen and young adult years, says an August 2012 article in the Journal of Consulting and Clinical Psychology.

The American Psychological Association (APA) also points out that girls whose ADHD goes untreated tend to be more at risk for:

This underscores the importance of proper diagnosis and treatment to prevent long-term problems for girls with ADHD. 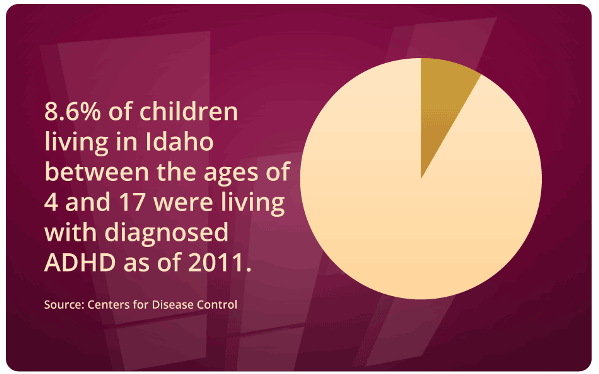 The good news is that with a proper diagnosis - which many women receive when they take their own children in for diagnosis and treatment - these women are often able to turn their lives around and reach their full potential.

If you think that your daughter may have ADHD, talk to a doctor or pediatrician at Eastern Idaho Regional Medical Center today.

Could your baby have RSV and should you take them to the ER?

Why you should keep your child's scheduled checkup appointment

Are you ready for kindergarten?

How to prevent leaving children in hot cars