What I wish my husband knew about my breasts 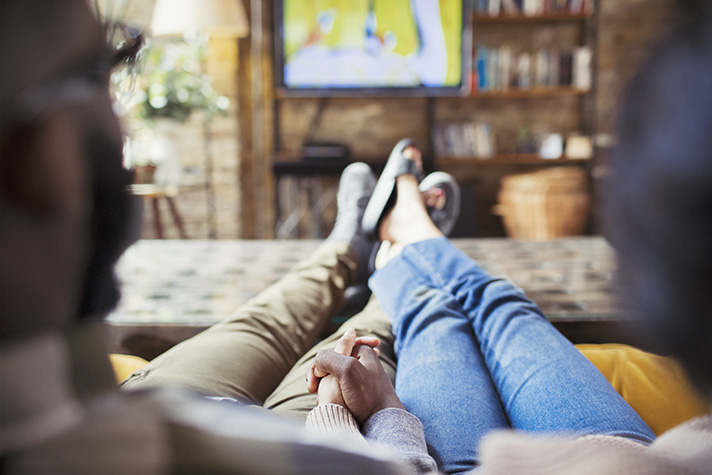 Although many women's partners may think they know everything they need to about her breasts, there are many things men don't yet realize. From the function of breastfeeding to the back pain some women experience, breasts serve many purposes and can sometimes cause discomfort.

Above all, women want their husbands and partners to know these nine things about their breasts.

Call it men's age-old struggle to understand women, but scientists still don't fully understand female breasts and for good reason. Human women aren't the only mammals who breastfeed their young -- in fact, it's a mammal's distinguishing feature. But humans are the only female primate that maintains a bosom regardless of whether she's bearing or nursing her young.

According to Discover Magazine, scientists have many theories, but no firm evidence to explain this phenomenon. Some believe breasts once served as fatty stores, similar to a camel's humps, while others believe breasts are an evolutionary tool for attracting mates. Regardless of how or why they developed, breasts certainly underscore one truth: your wife is an evolutionary masterpiece.

They may not be so different from yours

Male breasts contain milk ducts and mammary tissue, and your body produces prolactin, the hormone that stimulates milk production. According to Scientific American, male lactation can happen as a result of a surge of prolactin -- either due to a tumor or growth, medication side effects or traumatic circumstances like starvation.

But how breasts have changed can be important to note, as some changes are normal, while others might warrant a trip to the doctor. For example, according to the National Cancer Institute, hormonal shifts cause skin and connective tissue to lose elasticity and often cause breasts to become less dense and more fatty over time. This, of course, affects their appearance. Breasts naturally change while pregnant, breastfeeding, during puberty and menopause and even before and during a woman's monthly cycle.

That said, some changes may be of greater concern; if you notice something your wife hasn't, it's important to point it out and encourage her to talk to her doctor about it. These include changes in the size and shape of the breasts, a lump or firm tissue in the breast or under the arm, nipple discharge or a change in nipple shape or skin changes including redness, dimples and puckers.

Dense breasts could be problematic

It's very common for women to have "dense breasts," which means they contain a high ratio of fibrous and glandular tissue. This can be a problem when it comes to mammograms, the routine screening for breast cancer.

When breasts are dense, it's far more difficult for doctors to spot tumors or other growths within the tissue, requiring them to order further tests or screenings. Additionally, women with dense breasts have a slightly higher risk of breast cancer, although the cause of this is unknown, according to the American Cancer Society.

Genes have a strong influence

According to Breastcancer.org , 5% to 10% of breast cancers are linked to gene mutations passed genetically. People with gene mutations RCA1, BRCA2 and PALB2 have a higher-than-average risk of developing breast cancer and/or ovarian cancer. A genetic test can determine whether a woman has any of these genes and (and therefore a higher risk of cancer).

From the foods we eat to the products we use and the countless lifestyle choices we make every day, it's difficult to avoid everything that causes, may cause or increases the risk of some type of cancer. But when it comes to the breasts, you might be surprised by what doesn't increase a woman's risk of cancer.

According to Susan G. Komen, breast implants, cell phones, hair dyes, abortion and miscarriage, exposure to chemicals and pesticides, bras and trauma to the breasts do not cause or increase the risk of breast cancer.

Implants can have an impact

You already know breast implants don't increase a woman's risk of breast cancer, but that doesn't mean they can't impact her health. Not only is there risk associated with breast implant surgery, the implants themselves can be responsible for health problems down the line.

According to the FDA, some of the risks of breast implants include additional surgeries, capsular contracture and scar tissue, breast pain, changes in breast sensation, implant rupture and deflation and anaplastic large cell lymphoma, a type of non-Hodgkin's lymphoma. Additionally, the National Center for Health Research explains a growing phenomenon of women who blame their breast implants for various, sometimes lifelong health problems.

They can be too large

Carrying around a few extra pounds can take a toll after a while -- particularly when that extra weight is sitting front and center on your chest. While glorified in popular culture, large breasts can be responsible for all kinds of health and lifestyle problems.

For example, they can make exercise difficult, increasing the risk of obesity and a host of other health issues. Additionally, according to the American Board of Cosmetic Surgery , large breasts can cause or contribute to back, neck and shoulder pain, along with shoulder grooves and poor posture.

They need your support

Breast health should be a concern for all women -- as well as their partners. According to the CDC, specific screening recommendations vary between organizations. For example, the American Cancer Society urges women ages 50 to 74 get a screening with mammography each year, while the U.S. Preventative Service Task Force recommends these screenings every two years.

Women at an increased risk for breast cancer due to family history or the presence of the gene mutations RCA1, BRCA2 and PALB2 should consult their doctor about how often they should be screened.

So if you love a woman, encourage her to take her breast health seriously. Find a Women's Health professional near you at EIRMC.com

What I wish my husband knew about being a new ...

Whether you’re a first-time mom or an experienced mother, you’re bound to go through some significant changes when the new baby...

February 3, 2020
Heart disease is the number one killer of women, but only one out of five American women believe it’s a threat.
Next Post
Back to blog home

What is 3D Mammography?

Talking to Kids About Cancer: How to break the news to your family

When do I get a mammogram?