Should you wash your legs? Plus 6 other showering tips 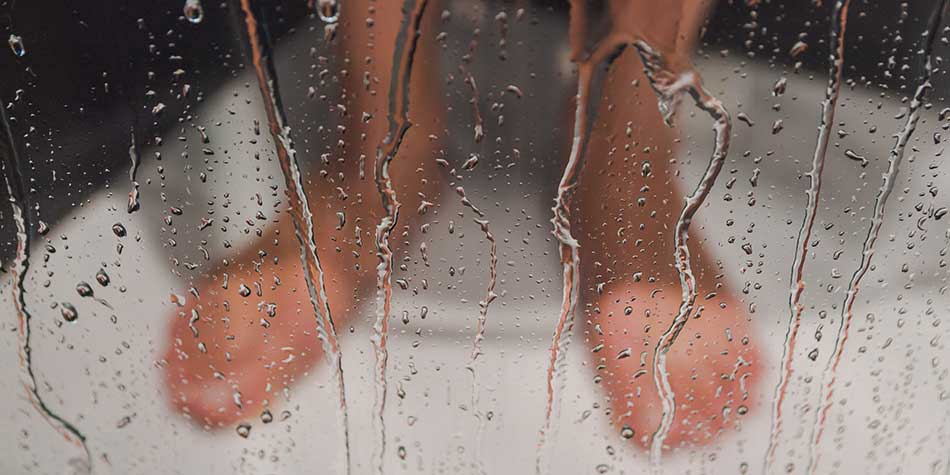 In May 2019, Twitter user Conor Arpwel had Twitter users in an uproar when he tweeted out a simple poll question — do you wash your legs when you take a shower? While it may seem random, it’s an interesting question to ponder.

The poll, which generated over 852,000 votes, was split 80-20, with the majority of voters stating yes, they wash their legs while showering. Days later, comedian and talk show host Ellen DeGeneres put up the same poll on her own Twitter account, which garnered similar results.

This entire debate left us wondering if we should be washing our legs when showering. And what about the rest of the body? Is there a proper way to bathe from head to toe?

To settle the debate once and for all — and to learn the best way to take care of your skin while showering — we turned to Vinod Nambudiri, MD, an HCA Healthcare dermatologist.

Why bathing is important

First things first: Bathing should be a regular part of most everyone’s normal routine, and it’s likely you know why. But as a reminder, regular bathing helps to remove sweat, dirt and dead skin cells, while also preventing body odor. If you don’t bathe, sweat can mix together with germs that, in some cases, make their way inside the body through cuts and scrapes, causing more serious problems like infections.

Should you shave your legs?

The Twitter users who defended not washing their legs argued that soap and water tend to drip when cleaning other parts of the body, so focusing on them is not necessary.

While it is true that soap and water trickle down, “I do recommend deliberately rinsing them with water,” says Nambudiri. Plus, if you’re in the shower or bath already, it’s the logical thing to do. But unless they are visibly dirty, you probably don't need to wash your legs as thoroughly as areas like your under arms or groin.

If you’re shaving your legs, it may be a good idea to prime them before — and rinsing them off is a great way to do it. “Make sure your legs are wet before you begin shaving, so your hair and skin will be softer, which will help wash away dead skin and oils that accumulate on the skin surface,” says Nambudiri. A good rule of thumb is to shave your legs at the end of the shower.

Bottom line? While you may not need to spend a lot of time cleansing your legs, it’s a good idea to rinse them off each time you take a shower or bathe.

6 bathing tips everyone should know

Now that you know it’s a good idea to give your legs a quick rinse, you may be curious to know about the rest of your body. Bathing is a very individualized process, since everyone’s skin is different, and some may have conditions that require special treatment or products.

How often you need to shower also varies from person to person. If you’re sweating more or your body is dirty, it’s likely you’ll need to shower more often. However, there are some general tips that most of us can follow when it comes to keeping your body clean:

When bathing and showering, you should consider starting at the top of your body, then working your way down. “Shampoo and condition your hair first since some of those products can linger on your skin if you save them until the end,” says Nambudiri. “Lingering products can promote things like acne or skin irritation, especially on the face.”

Then, move on to cleansing your face, followed by the upper body, lower body and then feet. This will ensure the products you’re using are properly washed away.

When you’re bathing, it’s especially important to focus on the areas of your body that tend to be the dirtiest. “The areas that have a greater number of sweat glands should certainly be cleaned every day,” says Nambudiri.

The most common culprits are the groin regions, under the breasts, armpits, the underbelly area or any other place where skin folds overlap upon each other. The crevices of the elbows, the backs of the knees and feet also tend to have sweat buildup, too.

Although it can be tempting to make the water temperature too hot, doing so can dry out your skin. “Hot water actually washes away more of the natural oils, which our bodies produce to hydrate our skin,” says Nambudiri. Stick to warm water when you’re bathing, and don’t stay in any longer than needed.

“If you’re choosing between a soap and a cleanser, cleansers are usually mild and less harsh, and probably won’t strip away the oils of the skin,’ says Nambudiri. This is because they’re less likely to contain the ingredient sodium lauryl sulfate, which is a common skin irritant. Cleansers typically work whether you have oily or dry skin.

It can also be helpful to pick a cleanser with a moisturizing component to it, he adds. “A moisturizer can counteract any of the drying that comes with cleansing the skin.’

Exfoliation, the process of removing dead skin cells from the surface of your skin, can be tricky. If done correctly, exfoliation can lead to brighter, more youthful looking skin, but overdoing it can have the opposite effect, causing the skin to become red and irritated.

“If you use anything that’s like a scrub, you want to be somewhat gentle,” says Nambudiri. “There’s a fine line between exfoliation, which is turning over dead skin cells, and excoriation, which is actually stripping off the healthy skin cells that are on the top layer of the skin.”

Instead of exfoliating every day, opt for just a few times a week on areas like your face. Men should focus on hair-bearing areas like the chest or back, since they tend to have more dead skin cells. It’s best to apply the product in a small, circular motion until the beads or grittiness dissolves, but don’t rub the area for longer than 30 seconds. Rinse with lukewarm water when you’re done. Never exfoliate if you have any sort of open cut or wound.

The type of exfoliation and how often you need to do it will all depend on your skin type, so talk with your healthcare provider to learn what’s best for you.

Nambudiri suggests gently patting skin dry post-shower, since rubbing can cause irritation. Then, make a habit of moisturizing the skin 2-3 minutes after showering since your skin is still moist.

So, the next time you hop in the shower, don’t forget to quickly rinse your legs and practice these healthy skin habits that are sure to keep your body clean, from head to toe.

Medically reviewed in July 2019. This content originally appeared on Sharecare.com.

September 9, 2019
Apple cider vinegar is gaining popularity in the wellness world. But should you really add a daily dose to your diet? Miriam Zylberglait, MD,...
Previous Post

August 19, 2019
Many bug bites only cause temporary itching or burning, but some insect bites and stings are more serious. One expert explains when it’s time...
Next Post
Back to blog home

Total Solar Eclipse: How to See it Safely

10 ways to help your child succeed in middle school