It was a perfect day 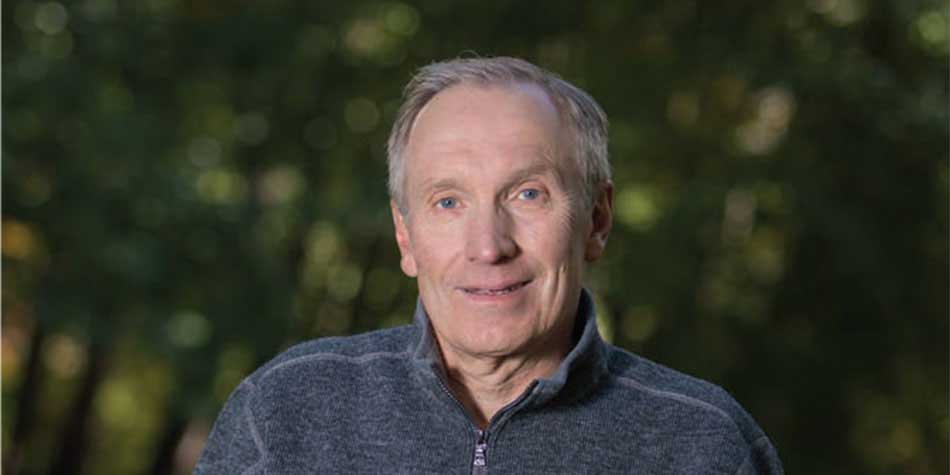 One day in August, Marc Jewett stopped at a favorite shop in Jackson Hole, Wyoming for coffee and a scone. He sat at his usual table to do a little work, but his laptop wasn’t charged and the only available outlet was right next to him. Then he found a file that had gone missing for 10 days. Everything was coming together perfectly.

“Next up was a bike ride, and it was a glorious one!” recalled Marc. “I’m an avid cyclist, and this was my strongest ride all summer. I was cooking.”

With about a mile to go, Marc started feeling something like acid reflux. So, he coasted the last mile and walked to a sandwich shop, thinking food might settle his stomach. After he placed an order, the heartburn came back – with a vengeance. He decided not to eat and headed to his car.

That burning sensation intensified and antacids didn’t work, so Marc started wondering if he might be having a heart attack. But the symptoms were different from the one he had years before. No crushing pressure in his chest. Marc sat down and gave the symptoms five minutes to subside. They didn’t, so he called 911.

As luck would have it, the fire station and emergency medical services were only two doors away, and they responded immediately. An EKG showed that Marc’s heart was having some trouble, and an ambulance soon delivered him to Jackson Hospital, two blocks down the road.

By this time, chest pain had set in at about 9.5 on a scale of 10. The emergency room physicians treated and stabilized him, and he was soon on his way to Eastern Idaho Regional Medical Center in a helicopter.

“From the moment we landed on the helipad, I saw nothing but people who knew what they needed to do,” Marc said. “I know what good procedures and work looks like, and the response was wonderful!”

At EIRMC, an entire cardiology team came into play as Marc was rushed to the catheter lab. Receiving Cardiologist Dr. Susan Wachter and Invasive Cardiologist John Chambers were ready to take action if his arteries were blocked and stents were needed. Cardiology Surgeon Scott Needham was there too, just in case Marc needed bypass surgery.

All the specialists collaborated in the cath lab as they watched images of his heart to see if an angioplasty was needed, and it was. Dr. Chambers cleared one artery but others were seriously narrowed and partially blocked. Despite being a healthy, very active 63-year-old, Marc was now a candidate for a multiple bypass.

Perfect combination: expert care for Marc and his family too.

During this entire process, Marc says he felt like everyone cared about him – and his family too. As soon as possible, the care providers at EIRMC got in touch with his wife and daughter, who were out of town. They were especially great with his 10th grade daughter, helping her to worry less about her dad.

“It was no longer just me anymore,” Marc said. “Communication was important for my wife and daughter too. At EIRMC, they know that, and they all do a wonderful job at it.”

While he was in the ICU resting his heart before surgery, and being “treated like royalty,” Marc’s family arrived. The care team immediately updated his wife and daughter, explaining his cardiac algorithm and current status. Real friendships developed as they all waited for his heart to calm down.

A few days later, Dr. Needham performed a multiple cardiac bypass on Marc. He remembers the days following the open-heart surgery were rough. However, he only needed one unit of blood and had few complications. After a short stay in the cardiac recovery unit, Marc was discharged from the hospital.

“When I think back to the beginning of what turned out to be a journey back to good health, I still consider it a perfect day,” Marc explained. “Even though I had a massive heart attack, I did the right things, and medical teams in both cities did the right things. It all came together perfectly.”

How having a pet can help your mental health

October 14, 2019
Having a pet can help keep you physically active. The companionship and love they offer can also boost your emotional and mental health. Here's...
Previous Post

October 2, 2019
Blame it on the myriad of daily distractions that slip past unnoticed. When you’re caught in the fast lane of life, some things just pass by.
Next Post
Back to blog home

Do you need to see an electrophysiologist?

How working too much affects your heart

Heart failure and heart rhythm: The link you need to know about