By the Numbers: A Look at Your Baby's Development During the First Trimester

You probably already know that a typical pregnancy is divided into three trimesters, and that a pregnancy is considered full-term after 39 weeks.

As your pregnancy progresses, you're probably all too aware of the increasing number on the scale—and your expanding belly.

But do you know what exactly is going on inside that belly? Your little one is going through some exciting changes, too. Here's a by-the-numbers look at what's happening with your baby during your first trimester of pregnancy. 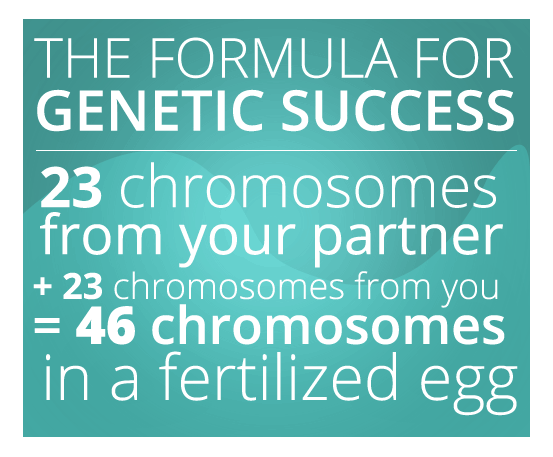 Weeks 1 and 2: From Conception to Embryo

Before you even know for sure whether you're actually pregnant, conception takes place. The mechanics of conception are easy enough to understand, but what about the math?

Chromosomes carry genetic information, such as what color eyes your baby will have and whether she'll inherit your partner's tendency to get allergies in the spring.

Weeks 3 to 10: The Embryonic Stage

The placenta and amniotic sac are forming during this stage. The placenta is your baby's lifeline, connecting you and your baby so he can receive the nutrients he needs to develop. And the amniotic sac is his little protective cocoon. 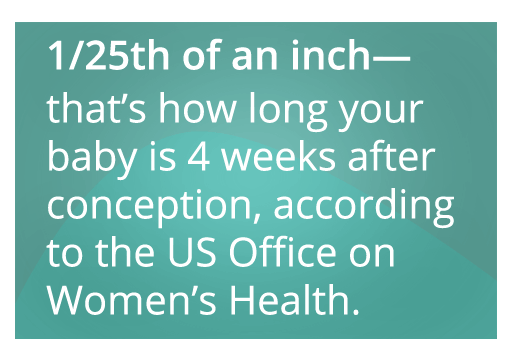 Source: US Office on Women's Health

Your baby is almost 1 inch long and weighing in at less than ⅛ of an ounce. For reference, a CD weighs about an ounce, so your baby weighs less than a single compact disc.

Your baby's external features—like arms and legs and a face—are beginning to develop, and he is starting to look a little more human at this point.

This week marks the end of the embryonic stage Think of it as a graduation to the next level of development. Even though your baby is growing at a rapid pace, he may still be too small for you to feel him moving around yet, the American Academy of Family Physicians explains. 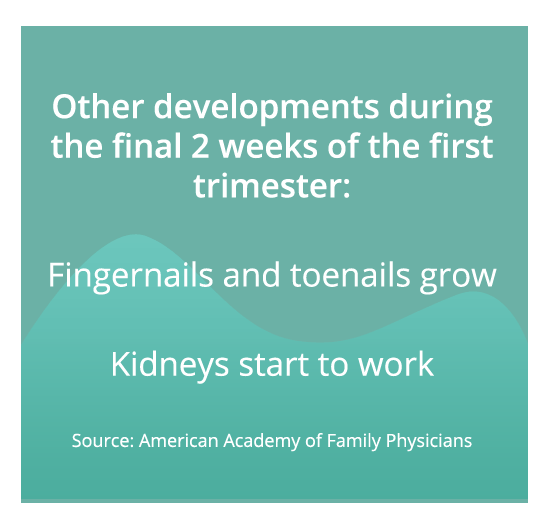 With 2 weeks left in your first trimester, the second stage of pregnancy—known as the fetal stage—begins.

Your baby's eyelids can close at this point so that they can protect her eyes as they develop. Her eyes won't open again until around week 28, the Office on Women's Health says.

One trimester down, 2 more to go.

Before you know it, that finger-sized fetus will be a full-fledged baby. 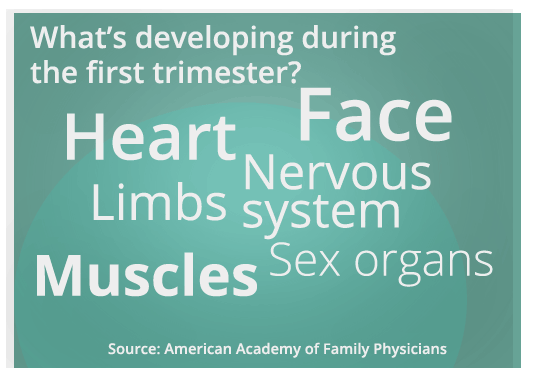 Clearing up the confusion between good and bad...

Differentiating between “good” and “bad” cholesterol can be confusing.

Thyroid problems: What you should know

Your Labor and Delivery Team: Who Should Be In the Room?