In the US, getting a child vaccinated is a must. You'll see the vaccine requirement in schools, and even daycare. But just because it's required doesn't mean every parent agrees with it.

“I think the vast majority of individuals already realize that vaccines are a modern miracle that are safe, effective, and prevent serious and deadly illnesses,” says JJeff Aughney, DO, a pediatrician at Eastern Idaho Regional Medical Center.

Some people, however, still refuse to vaccinate their children. More often than not, it is out of instinctive fear with no real factual basis. 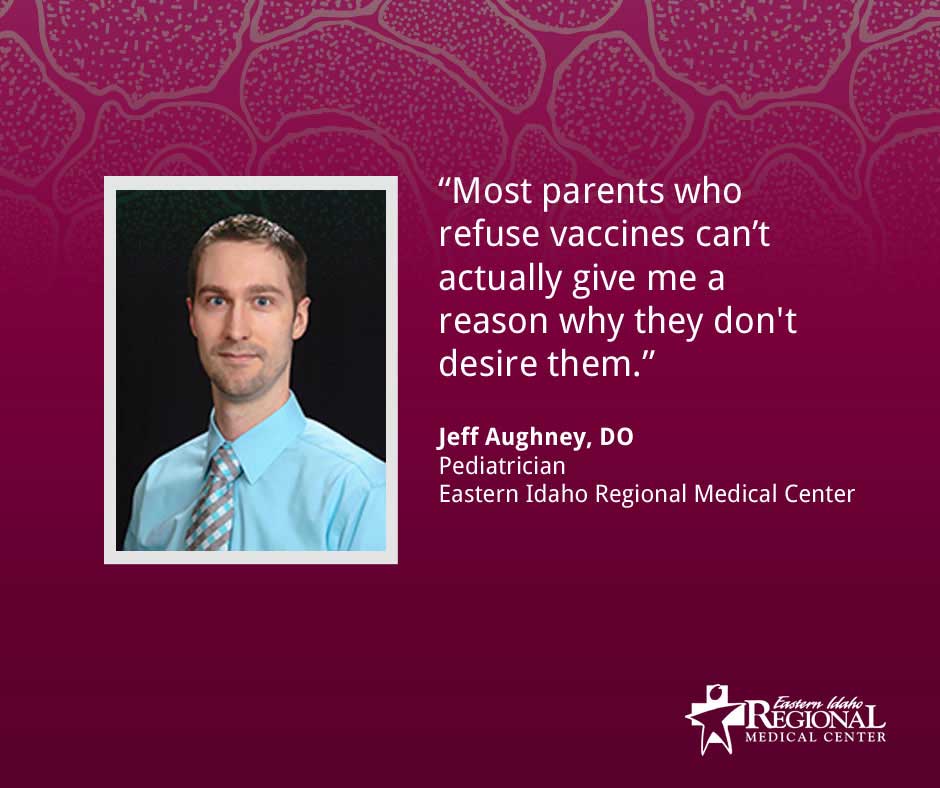 “Most parents who refuse vaccines can't actually give me a reason why they don't desire them.” ”Jeff Aughney, DO, Pediatrician, Eastern Idaho Regional Medical Center

Others, however, are put off by misconceptions of vaccines that portray them as ineffective at best, and dangerous at worst.

Here are 5 myths surrounding vaccines and the facts that debunk them.

FACT: Though the popular anti-vaccination movement asserts that vaccines are linked to autism in children, there is little evidence to support its claim.

In fact, toddlers exposed to antibodies in vaccines were not at greater risk of developing autism, reveals an August 2013 study in the Journal of Pediatrics.

MYTH: Children's Bodies Are Too Delicate To Handle Vaccines.

MYTH: Getting Natural Immunity Is Better Than Getting A Vaccine.

FACT: Sure, you can get immunity naturally by getting a disease and having your body develop antibodies to it, but that's playing with fire.

“You can gain natural immunity by contracting an illness,” he adds. “But you will have to survive the illness, and you may have lifelong problems from the side effects of the disease.”

Dr. Aughney cites the 145,700 deaths from measles globally as an example, and measles-related hearing loss as a result. The after effects of meningitis can cause intellectual disability, behavioral, and emotional disorders. Vaccination carries no such risk.

MYTH: Vaccines Can Cause The Diseases They're Trying To Prevent.

FACT: “For some but not all vaccines, this is possible,” concedes Dr. Aughney. “For example, live viral vaccines, such as chicken pox.”

“However, it is usually a milder form of the illness than if they contracted the illness naturally,” he adds.

MYTH: My Child Doesn't Need To Be Vaccinated If All The Other Children Are Vaccinated.

FACT: The idea that the immunization of one individual isn't necessary if the rest of the population is immunized is a concept known as herd immunity. While herd immunity can certainly decrease the risk of infection, it isn't a guarantee.

“Because the diseases that vaccines prevent are passed from person to person, the more people in a population who are immunized, the less likely any one individual is to contract the illness,” explains Dr. Aughney.

“All unimmunized individuals are still at risk, but it's not as high of a risk,” he adds.

Also, parents who depend on herd immunity run a dangerous game. If one other child's parents think that”or two or three”the protective effect grows weaker.

The real use of herd immunity is for children who have no other choice.

“Herd immunity works well for individuals who are not able to receive vaccines. For example, those who are immune-compromised or who may experience a severe allergic reaction to any component of the vaccine,” says Dr. Aughney.

If you want to vaccinate your child before this school season kicks off, schedule an appointment with a physician at Eastern Idaho Regional Medical Center.

How sleep loss affects your health

Your Labor and Delivery Team: Who Should Be In the Room?

The truth about pregnancy and weight gain