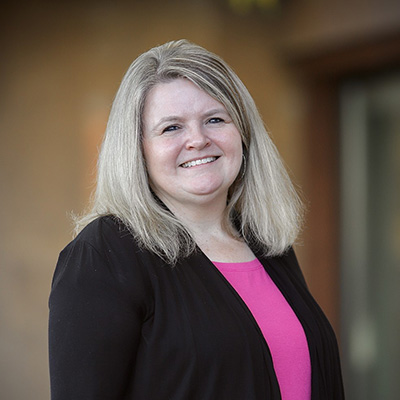 In October 2021, Shauna Simpson participated in a 5k race/walk for Run for the Cure which raises money for the Shannon Wilker Foundation to help cancer patients. Just six months later, on April 4, 2022 she became a breast cancer patient in need of a cure.

Like many other women, Shauna’s regular mammogram slipped off the radar during the pandemic in 2020 and a scheduling mix-up delayed it again, until the spring of 2022.

“I had my mammogram, and when they called to schedule a second one, I wasn’t really surprised. That had happened before. I started getting mammograms when I was 40 and was told that I have dense breast tissue.”

“They showed me the image of my right breast and they said there might be some calcifications. But even after another round of images, after I had changed positions, it still wasn’t clear so, I had a biopsy.”

“I was diagnosed with Ductal carcinoma in situ (DCIS). The cancer was in the milk duct. I had a minimally invasive lumpectomy to remove it, and it was the size of a golf ball. That big—and I’d never felt it. After surgery, it was found to be mostly non-invasive, but some of the tumor had started to grow. Since it was mostly non-invasive, I didn’t need chemo, just 21 treatments of radiation.”

Shauna is active and busy, always has been. She especially enjoys the challenge of running or walking in 5K races. In January, she set a goal to complete twelve 5Ks. In fact, she walked her first 5K of the year on April 2, 2022 just two days before her cancer diagnosis. But cancer treatment didn’t stop her from working toward her goal.

“Right after the diagnosis, I had a weeklong pity party. After that, I decided I wasn’t going to let cancer stop me from doing the things I loved. Four days after the lumpectomy, I walked a 5K. I walked another 5K two weeks later.  While going through treatment, I completed three 5K walks. There was one in June for breast cancer research, just as I was in the middle of radiation treatments, and the doctor didn’t think I’d feel up to it. But I told him, ‘Then you don’t know me very well.’ I was determined that this was not going to beat me.

“You have bad days; everyone is entitled to them. But you have to get up the next day and decide to keep going—decide that it’s not going to beat you.”

For the first two weeks of radiation at Idaho Cancer Center at EIRMC, Shauna felt pretty good. The third week was a little harder, and she tired easily. By week four, however, the effects of the radiation were obvious and hard to ignore.

“I was really tired and emotional that week. I even had a minor meltdown at work. My boss was really good about letting me work shorter hours when I needed to. I was actually able to work through the whole thing. I would stop in for radiation first thing in the morning and then go to work.

“My coworkers were kind and thoughtful. Even people I didn’t have much contact with in the office would stop to check on me or send flowers. I didn’t know how much I was loved until this happened. I remember one coworker saying, ‘You always take care of everyone else, now it’s time for us to take care of you.’ My coworkers also bought [breast cancer awareness] bracelets and all wore them to support me.”

From April through June, Shauna came to know her medical team very well. She was especially grateful for Jamie, the nurse navigator at Idaho Cancer Center, who not only scheduled and coordinated all of Shauna’s surgeries and treatments but even called or texted just to check on her when she was having particularly rough days.

Of course, Shauna’s husband, family, and friends all rallied around her.

“My husband was really supportive and very reassuring. Family and friends kept in contact, and many of them sent me gifts, like [breast cancer awareness] necklaces … even socks! And I really learned the power of prayer; so many people prayed for me … told me they were praying for me. That meant a lot.”

In a miraculous way, prayers for Shauna and her husband began ascending heavenward even before she knew she had cancer.

“My father-in-law visited the temple [Church of Jesus Christ of Latter-day Saints] one week before my diagnosis. He told us that he felt a strong urge to add our names to the temple prayer roll.  He had no idea I was having a biopsy done that same day.”

Shauna successfully completed her last radiation session on June 21, 2022. Through her cancer experience, she learned many things.

“Live life to your fullest. You never know what life will throw at you. You can’t let one bad thing destroy all the good things that are coming your way. It’s also taught me to not put things off. If there’s something you want to do, do it. I always wanted to learn to decorate cakes, so I signed up for a class.”

And, just as incredible, Shauna actually exceeded her goal, having just finished her fourteenth 5K!

“I wondered if things would have been different if I’d had my mammogram sooner, but the nurse told me that I shouldn’t beat myself up — it might have developed recently. But I’ll never miss another mammogram. I told my mom and sisters, if I have to go through this to save someone else, it’s worth it. After my diagnosis, several women told me they got mammograms because of me.”