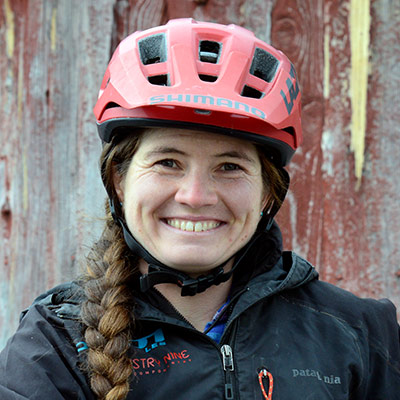 Take me to EIRMC: Race there for extreme trauma care

As a world champion ultra-cyclist, Kait Boyle thrives when riding long distances and tough terrain. She finds joy in pushing her body to its fullest capacity, racing with gratitude and presence, overcoming mental and physical challenges and testing her endurance. She also knows the importance of applying these lessons from her extreme adventures to times of personal, traumatic adversity.

On Christmas Eve 2018, Kait stopped at a grocery store in Driggs to pick up items for a potluck dinner, then headed south on the snowy two-lane highway home. That’s when Kait’s truck hit black ice and began to fishtail. She tried correcting her course, and an oncoming vehicle swerved, but ultimately, they collided. The oncoming vehicle T-boned Kait, directly into her driver’s side door.

“I immediately felt a burning sensation in my pelvis and I couldn’t feel my legs. I started wondering if I was paralyzed,” Kait remembers. “In racing, when something out of control happens you have two choices: completely freak out or remain calm and control what you can. At that point, I was pinned in my truck and couldn’t move; but I could control my breath. I focused there. I decided right then that I’d be fine, and if I ever could bike again, I’d do my best and make the most of it.”

It took emergency crews more than 2 hours to pry Kait from her crushed truck and get her to the local hospital, where a CT scan revealed a burst bladder, a quadruple fractured pelvis, and fractured sacrum and fibula. Considering her severe injuries, medical professionals determined Kait needed an hour-long ambulance ride so she could receive care at Eastern Idaho Regional Medical Center (EIRMC).

As a Level II Trauma Center that serves people across millions of acres of backcountry, EIRMC has vast experience with active-lifestyle and extreme injuries.

Upon arriving at EIRMC, during the wee hours of Christmas morning, Kait underwent emergency surgery to repair her ruptured bladder.

“I had to pee in the grocery store that night but thought I’d wait until I got home. During the crash, the seatbelt’s impact burst my bladder – it was a pretty big deal. So, one major takeaway is: Don’t drive with a full bladder,” Kait said.

Due to urine outside of her bladder and inside her body, Kait had increased risks for infection, so she had to wait several days before physicians could stabilize and perform surgery on her sacrum and pelvis.

“I lay dead still during those days. Everything is connected to the pelvis – the legs, core and even arms are an extension. Shifting weight or adjusting my position was the most painful thing I could imagine, even with major pain killers. So, I didn’t move. During that time, my doctors came up with a plan for how to best stabilize my pelvis,” Kait said.

“They were wonderful! They kept saying I was their Christmas miracle. They instilled this positive attitude and belief that I am very lucky and everything would heal just fine. Dr. Jacobson even told me I’d be able to walk again and bike again!” Kait said.

To stabilize Kait’s pelvis and hold the bones in proper position, Dr. Jacobson implanted an eternal fixator. This treatment, designed to enable patients to return to function as quickly as possible, involved two pins placed in Kait’s hip bones and two carbon rods that acted as an external brace; the devise needed to remain in place for 12 weeks. To repair her sacrum, Dr. Jacobson surgically placed two permanent pins.

“After surgery, everything started getting immediately better. That was the beginning of healing for me,” Kait recalled. 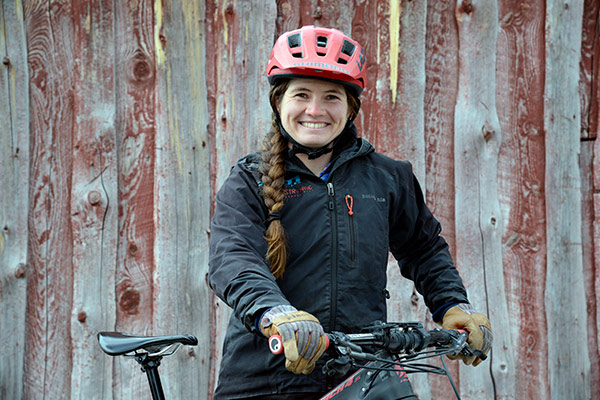 Kait’s road to recovery required endurance and dedication – traits she specializes in.

After just nine days at EIRMC, Kait left the hospital in a wheelchair with an external fixator and a catheter. Determined to race toward recovery, Kait diligently attended physical therapy, faithfully completed her at-home exercises and continued to keep in touch with her team at EIRMC.

Initially, Kait’s rehabilitation focused on retraining her bladder and strengthening her pelvic floor. Next came movement for her legs.

“It was about 4 weeks out from surgery, and I couldn’t get out of my wheelchair yet, but I got to sit on a stationary mountain bike trainer, and I could move the pedals around. I’ve since said that that first day was the best bike ride of my life!” Kait said. “While I was so far from having any fitness or endurance, the fact that could pedal with an external fixator on gave me incredible hope.”

Kait worked diligently to regain range of motion, strength and endurance. Over a two-year course, she graduated from wheelchair to crutches, from crutches to walking, and from walking to riding and racing.

“The physical therapy replaced my normal training plan – so instead of waking up and training, I’d wake up and do physical therapy,” Kait said. “And though it gets frustrating and monotonous and boring, having long-term goals drove me to do it.”

A returning to racing – and lessons learned along the route.

In November 2020 Kait raced the iconic 137-mile long Kokopelli Trail, running from Fruita, Colorado to Moab, Utah. It was her first major race since the accident, and she soared through – setting the fastest known time for a female cyclist.

“It felt so good to be out there doing it again,” Kait said. “I’m still a little stunned. It’s been so long and taken so much work. I still can’t believe I went through all that and came through the other end setting a record.”

While people rush to applaud Kait on her incredible recovery and race, Kait quickly pulls back from taking the credit.

“One major lesson I’ve learned is that you can’t accomplish great things or big goals without an incredible team of support. People are quick to congratulate me after results like Kokopelli, but it wouldn’t be possible without the hospital the doctors and nurses, the coaches and physical therapists, the strength training, my partner, family, friends – and the list goes on! I think people who have a role in recovery are understated and underappreciated. I feel so lucky and so grateful for everyone that made my life possible.”